Punk emerged as a reaction to the rigid restrictions of Modernism and its style ripped up the rules of Swiss minimalism and neutral sans serif typography. As traditional attitudes came to be considered outdated, society rebelled against the mainstream and demanded change. It feels like we are at a similar turning point today, both culturally and typographically. Can we look to history for parallels in how graphic design and cultural attitudes are changing today?

END_OF_DOCUMENT_TOKEN_TO_BE_REPLACED

I chatted to Louis Bradley of Dazed and Confused Magazine about typographic rebellion and how the ultimate way to rebel against the increasing ubiquity of the sans serif might be to use fonts that provoke a reaction like Comic Sans or Papyrus.

“How to start a revolution with Comic Sans. Could something as simple as font have been the catalyst for the spread of punk or behind Donald Trump’s win? We explore the hidden power of typeface”

END_OF_DOCUMENT_TOKEN_TO_BE_REPLACED

Find out how typography gave the angst and rebellion of Punk a voice, and how you can use fonts to ensure that YOUR message is heard.

END_OF_DOCUMENT_TOKEN_TO_BE_REPLACED 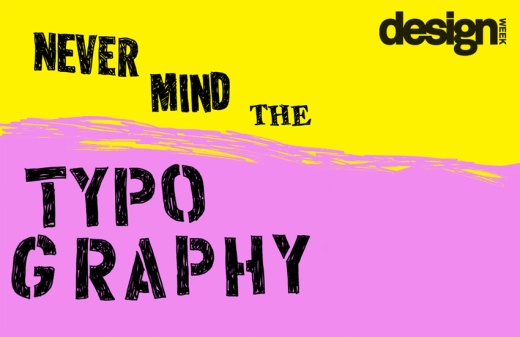 Typographer and graphic designer Sarah Hyndman, author of Why Fonts Matter, will be giving a talk this month about the power of typefaces in the punk era, part of the current Graphics of Punk exhibition on at the Museum of Brands.

We speak to her about how punk democratised design, and why Snapchat is the modern-day equivalent.

END_OF_DOCUMENT_TOKEN_TO_BE_REPLACED

How Punk changed Graphic Design
Sarah Hyndman on Punk, which first exploded in the 1970s and, at the time, looked like youthful rebellion.

In actuality it was part of the Postmodernist movement which began as a reaction to the rigid restrictions of Modernism. Its DIY ethos encapsulated the anti-establishment mood of the mid 1970s, a time of political and social turbulence. The former British Empire was dissolving and a new era in British music, fashion and design was beginning.

Taking the stage to articulate the feelings of a dissatisfied generation calling for change were the Sex Pistols, who played their first gig in 1975 at St Martins College of Art. Their outrageous behaviour and contempt for established conventions announced the beginning of Punk. The DIY ethos and uncontrolled, home made style was revolutionary at the time and launched a new era in British music, fashion and design.