When Design Week catches up with Sarah Hyndman, she’s just coming to the end of a week’s stint at this year’s Adobe Max in LA. There, she has designed a multisensory installation in which she asks participants to associate the smell, sound, taste and feel of five different typefaces.

“I’ve had a lot of people asking: ‘what on Earth are you doing?’” she says. “But then I’ve got that with most of my work. People have to take part in it before they get it.”

Her work at Adobe Max is the latest of several experiments, which form the basis of her Type Tasting research. Put simply, Hyndman explores how typography subconsciously affects us in our daily lives, from the way we feel, to how food tastes.

Since launching the project in 2013, Hyndman has analysed and explored her experiment findings, with the intention of writing accessible pamphlet-style books on the results. The first of these publications, Typographic Taste Changing Jellybean Experiment and A Taste of Type from Sour to Sweet, will be published on 11 November. 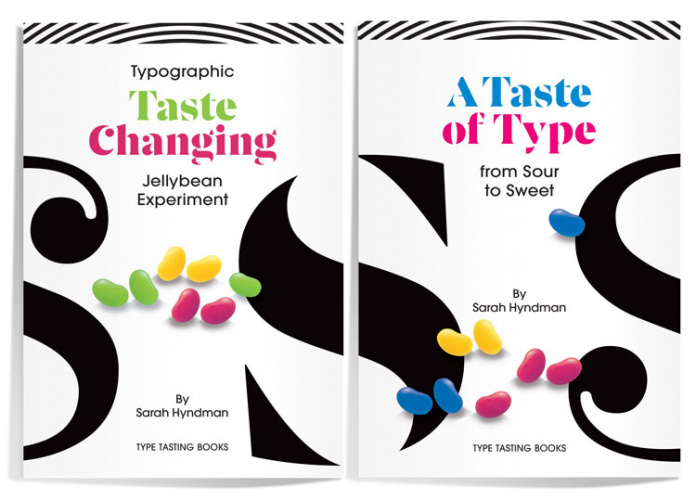 The first book – which Hyndman refers to as the Jellybean book – details her journey from graphic design into science. “[The book] breaks down the methods I used for my experiments, but also details how it actually took four years to learn how to recreate an experiment in a way that would stand up to scientific scrutiny.”

“[It] worked, but I didn’t have the scientific conditions I needed – you have to collect the data in a certain way and document your process in a way that can be replicated by other people,” she says.

Through friends and associates Hyndman was introduced to experimental chef Heston Blumenthal, who at the time was working with University of Oxford professor Charles Spence. With 25 years’ experience in multisensory research, Spence became her mentor and “scientific phone a friend”. The two have since co-published two studies and worked on several projects together. 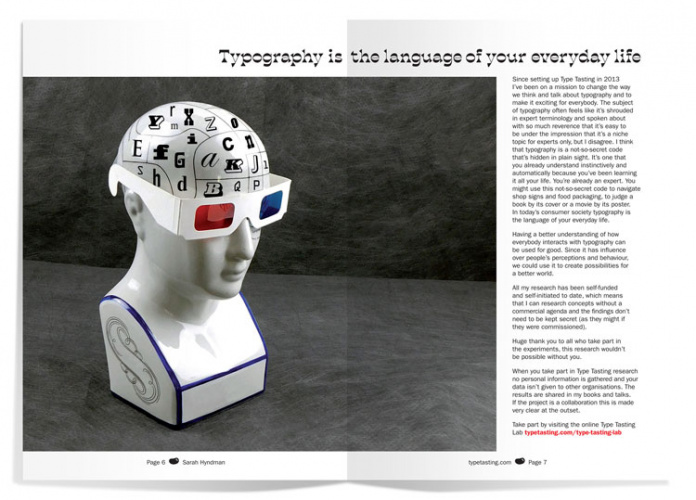 Opening the dialogue on type

Blurring the lines between science and design seemed, to Hyndman, a logical step in her research. “I don’t think we should put any of these topics in silos, because they actually all interact with each other,” she says.

“When I first started the research during a year out, it was just to explore something I was interested in,” she adds. “But I soon realised very little study had been conducted in this field and it became a case of undertaking the research I wanted to read.”

Since the first jellybean experiment, Hyndman has carried out several other experiments in the same vein. The details of these experiments are also in the book, and include mistakes and lessons learned, as well as methodologies and references. 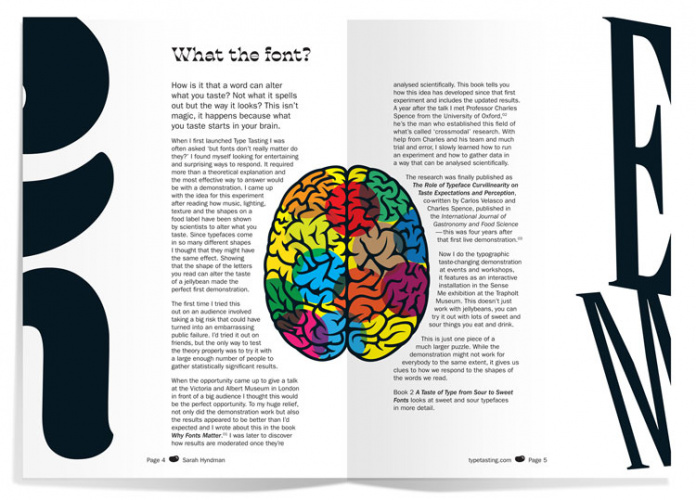 Including this candid analysis of the successes and challenges of her research is part of Hyndman’s mission to keep it accessible. She credits the widespread availability of design software for typography being used and acknowledged by a wider audience than ever before – but says many of these people do not have formal design training, and lack confidence to talk analytically about type.

“[Typography] still gets spoken about in these very intellectual terms and many people still believe you have to be an expert to be able to talk about it,” she says. “We will happily talk confidently about music or fashion, and yet the very letterforms which are the wallpaper of our lives go largely undiscussed.”

It’s for this reason she says she resists the idea of doing a PhD in this subject. “I think it’s really important this gets shared with the world, so I have no intention of demystifying it and then re-mystifying it again,” she says, “I’m happy being the translator that sits in the middle.” Instead, she plans to continue releasing these pamphlet-style books to share her findings. 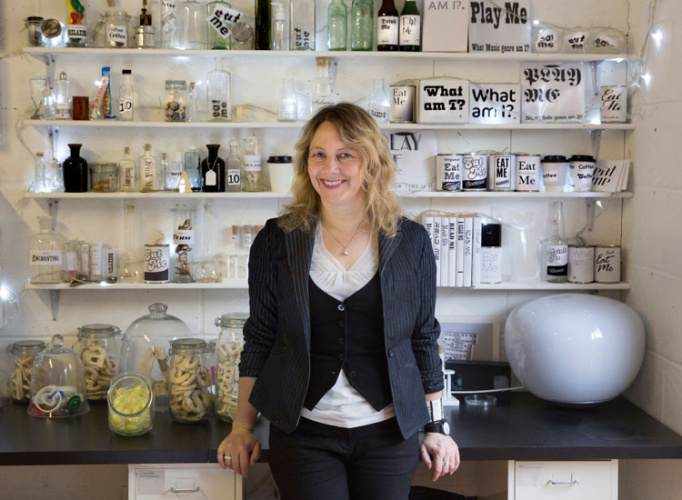 All of Hyndman’s Type Tasting research is underpinned by her belief in typography as a force for good. She says: “If all of us are more aware of the fact that type is the interface between us, we could be more aware of the choices we make.”

For this reason, Hyndman says she often prefers to take her experiments out of the design world. “A lot of the stuff I’m doing will make sense to a designer – but in the non-design world it looks like magic,” she says, adding that opening that conversation is important for people to feel comfortable talking about type and the way it affects them daily.

But what can designers do with this information? While she says more research needs to be done, she points to typography’s potential role in responsible designing. For example, the findings from her jellybean experiment might one day be used to make certain foods more palatable and help people develop better, healthier diets.

“We’ll be able to nudge and enhance experiences and use this to create positive change in the world,” she says. “Once we actually measure the impact type and design have, as I’m doing, we can use it to help.”

Typographic Taste Changing Jellybean Experiment and A Taste of Type from Sour to Sweet are available from the Type Tasting bookshop.